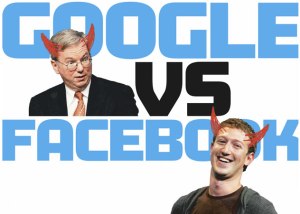 This weekend the rumour mill went into overdrive at SxSW as Google once again refused to comment on their plans to take on Facebook with a social product. A Google spokesperson told The Next Web blog “We do not speculate on rumor and speculation”.

But despite the lack of any firm information it’s looking more and more likely that a big announcement will happen this year’s I/O developers’ conference in May.  Back in September Google’s CEO Eric Schmidt confirmed that a “social layer” was coming to all of their products  and we’ve seen this start to materialise as search results become more social and location based reviews are added to Google Maps.

We at the Levels are very excited by the possibility to this launch if the rumours are correct.  It’s thought that the product will be called Google Circles and that it is being developed in line with the thoughts of the ex-Google social technology researcher Paul Adams.

In a number of essays and presentations Adams says that what’s wrong with Facebook and many of the other social networks is that there’s no context given to your contacts and the information you publish.  We all operate in life with many different personas; work, friends,parent etc but when it comes to social networking all of our friends are lumped into one bucket making it impossible to target messages and communication to different social groups.   If Google find a solution to this, letting us publish and share with our different Circles of friends it will be a major step forward both in terms of use but also the privacy of information held within social environments.

After the failure of Buzz and Wave Google must be hoping that this will be third time lucky for them.  They need to crack the nut primarily in order to maintain their advertising revenues but we at The Levels would like to see an alternative to Facebook that’s driven by respect for privacy and a greater understanding of the complexity of human relationships.

What has been Facebook’s response to this? Well Mr Adams now works for them!

To read the article at The Next Web http://thenextweb.com/google/2011/03/11/google-reportedly-to-launch-google-me-in-may/