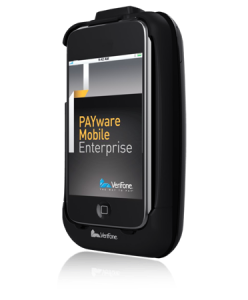 Have you ever wanted to pay for your coffee with your mobile phone?  No, we don’t mean pawning your phone for a Starbucks (!); rather letting your Android phone do the work.

We at The Levels believed it was only a matter of time before Google moved into the mobile payment market and it looks as if the time is nigh, at least for our American cousins.   Google have partnered up with CitiBank and Mastercard to embed technology in Android mobile devices that would allow consumers to make purchases by waving their smartphones in front of a small reader at the checkout counter.

It’s been reported that Google won’t be taking a cut of the transactions, rather that this is being done to boost the effectiveness of their advertising platform to local businesses and retailers.

Imagine if you will.  You’re walking down the street in a city you’re visiting on business, you’re feeling a bit hungry so you grab your phone and search Google for nearby lunch deals.  In the results a deal pops up with a voucher code and you take your phone + the voucher into the store.  You pay for your sandwich by waving your mobile in front of the scanner, activating the discount as you do.   Clever hey!

So Google helps you find a deal and lets you pay for it too, you’re a happy consumer.  The retailer wins as he/she gains a new customer and see the effectiveness of their Google ads in action.

But, as with all “free” Google products there is a downside and that downside is your privacy.  Google are doing this to make their ads more efffective and demonstrate their worth to retailers.  How do they do this?  By mining your data of course!

In addition to getting new customers through the doors the system will allow retailers access to data about customers so they would be able to market future offers to their devices, it’s claimed.  Google, is also getting a massive insight into just how we all spend our money, a gold mine of information when you sell advertising.

This technology is being developed with the people over at VeriFone Systems who already have a mobile micro payment system developed and it looks like it could be ready to roll out to the US later this year.

So, will we use Google Payments when they hit the UK?  Of course we will, at least for novelty value if nothing else.  This is a smart application of search technology and one that might just be a game changer in terms of electronic payment.